The 5150 came out in 1992 and it marked a departure for Eddie from the Marshalls he had used for years.  It was unlike any amp Peavey had made and had cascading gain stages that gave it more gain than any other amp on the market at the time.  Its cold biasing kept it from blowing itself up from all the power and saturation on tap.  Other high gain amps have come and gone over the years but there’s still something really cool about these original models.

This particular specimen has seen a lot of work and probably melted a few faces in its lifetime.  It just goes to show how bulletproof this little beasts can be.  I profiled it my usual 3rd Power 212 cab as well as a matching, old 5150 412 with its original Sheffield speakers.  The two cabs give a nice bit of variety.  Not known for their clean tones, the 5150 is predominantly a rock beast.  The Crunch channel has more than enough gain for rock rhythms while the Lead channel goes more into the super-saturated metal world.  Even country(ish) guys like me can find some workable tones in it and it has a nice clarity that I’ve even used on some recordings already.

The 5150 Pack was creating using the latest 5.x firmware.  Please forgive the playing in the audio samples as many of these weren’t exactly in my wheelhouse.  Thanks! 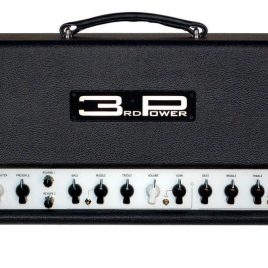 The New M Britt 3rd Power CSR Pack is a collection of 60 studio profiles (amp & cab profiled together) of the 3rd Power Citizen Gain Reverb 40 Prototype amp.  The CSR is a 2-channel amp with a blackface style clean channel and a british-voiced gain channel with multiple tone stacks for different flavors of gain.  All in all, this amp is meant to go from clean to scream but retain a toneful flavor throughout.  The actual amp features seamless channel switching, a tube powered reverb with independent levels for each channel and an fx loop.   There are profiles of the clean channel through 3 separate speaker cabinets for everything from an AlNiCo speaker for a more Vox-y flavor to a crisp Vintage 30 to my usual Classic Lead 80 for a warmer tone.  The gain profiles were done at various tone stack positions and at different voltage levels (from brown to supercharged) and there are blended cab varieties for even more options.  The gain profiles are thick with lots of harmonics and large frequency response, very full in all frequencies.  There are some with a more cutting top end and others that are voiced slightly warmer so as not to get shrill at full stage volume.   The sample clips below were recorded directly into ProTools 10 via a Propellerhead Balance interface with no added compression, eq, or processing of any sort.  Clean channel samples were done using my Tom Anderson Cobra w/ 3 Antiquity P90’s and the Gain channel samples were played on my Duesenberg Starplayer with Grand Vintage bridge humbucker.  Hopefully you will hear something you like (but it likely won’t be my sloppy playing).
Rated 5.00 out of 5
$39.99 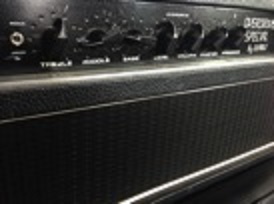 D-Pack is my collection of D*mble and D*mble-inspired amps for the Kemper Profiling Amplifier.  For reference, using an original Overdrive Special along with other great D-inspired amps like Fuchs, Ceriatone, and Two Rock, I've gathered some of my favorite tones from these iconic amps.  60 profiles wasn't enough to fully capture the full panorama of these great amps, but I tried to get some usable and (hopefully) inspiring tones to play--everything from the glassy cleans to the over-saturated, smooth, singing lead tones.

As with any amp that is capable of such tonal variation due to the mini-toggle switch settings, and different inputs, etc., these profiles are not meant to capture every setting of the amps, but are merely snapshots of my favorite settings.  The clips below highlight how subtle the differences are between the different amps and even different settings within the same amp.  This pack may not be for everyone, but hopefully some of you may find some joy in playing the dynamic D-Pack as much as I do. 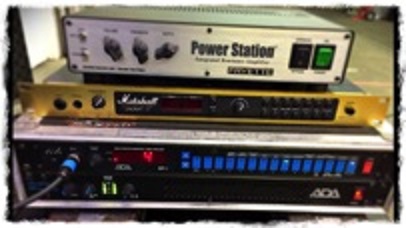 The Rack Pack consists of 58 Studio Profiles of a couple of classic 80's rack preamps, the ADA MP1 and the Mars JMP-1.  These tube-based preamps bridged the gap between classic tube amps and early digital processors.  Many classic recordings were done with these units and some artists still use these on tour.

The JMP-1 has a classic midrange growl, living up to its gold metal faceplate.  The ADA has a creamier saturation and much more gain on tap.  A buddy turned me on to a .pdf file that has suggested settings for a wide variety of tones using the MP1, so I made good use of those settings in these profiles.  Many of the profiles are named using the initials of the guitarist the suggested settings was trying to mimic.  I think some of them got pretty close.  I also did a few of my own favorite settings as well.

The Rack Pack was creating using the latest 4.x firmware. Please forgive the playing in the audio samples as many of these weren't exactly in my wheelhouse.  Thanks! 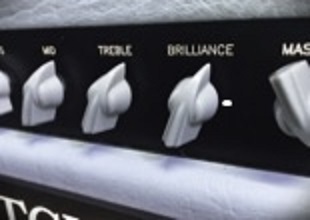 I'm pretty excited to put out another "greatest hits" pack of profiles.  The Sweet 16 Pack includes 88 studio profiles of 16 great-sounding amps that cover everything from vintage British overdrive to grunge (Mars 72 SL, 900, 2K) to country cleans (65 Luxe Verb, 62 Prince, 62 Bandmate) to boutique classics (Buddha SD, Bog Sheba, Match Chief) to harder to find gems (Egniter Semi, Wild Kitty, Magnet Twilight, 3M Howl) to modern club staple amps (BBreaker, A30CC, Black* 60). Having a Kemper already full of profiles, it's hard to find new ones that will take the place of my longtime favorites, but there are rigs in here that are already finding a home in our live show, esp. the Luxe Verb, Mars 900, and Sheba rigs.  Indeed, there are too many good options sometimes. check out the sound samples below to see if they might be what you're looking for.   As usual, please forgive the playing.  I pretty much run out of ideas after the first 4 clips so I just try to cover everything from bridge/neck pickups, single notes, picked chords, open chords and chunky fifths. The Sweet 16 Pack was creating using the latest 5.x firmware.  Thanks!
Rated 5.00 out of 5
$39.99