This Pack contains 69 Studio Profiles, 11 Merged Profiles, and 3 Performances for plug’n’play ready-to-use tones. This amp pack covers clean to bluesy and even some rock type tones, all with great clarity, sustain, and expressiveness.

**Please note that these files were produced with firmware 8.2.2 and will need to be updated to that firmware (or higher) for them to work on your unit. Some of these performances contain the new Kemper Fuzz, Kemper Drive, and newer features that will not work with older firmware versions.**

John Grammatico has been building amps for some of music’s biggest stars for years and recently relocated to Nashville where I got the opportunity to meet him and try out many of his amps at his shop. They were all great and each had their own thing going on, whether it be tweed or dumble or trainwreck inspired. When we got around to his Steel String Singer, I was quite literally blown away. The fullness, power, and clarity of this amp can easily knock down the little pig’s brick house all while sounding smooth and refined. Low strings have a twang to them and high strings have a roundness and attack that is never piercing and always pleasant and clear. I left the shop and the sound of that amp haunted me. I’m so glad I recorded a clip of me playing it on the first day to refer back to.
I had read about some of my favorite guitarists using a Steel String Singer: Stevie Ray Vaughan, David Lindley, Eric Johnson, etc. And as soon as I played this amp, I can hear it. It’s predominantly a clean amp but unlike any other clean amp I’ve ever played because it sustains like a high gain amp. The notes bloom and change timbre as they develop, full of rich overtones that make the amp seem 3D, especially compared to other amps. Which is what I did… I took some of my favorite amps to John’s shop a few weeks later and listened and compared them, just to see if my memory of the SSS had become mythical or if I had just dreamed it and built it up bigger in my head. Soon, a room full of some of my favorite amps sounded little. The tones of them were still there and I could hear the sounds coming out of the speakers, but the SSS was just bigger and yep! 3D. It’s like seeing a high-definition TV for the first time.

The Crank n Go Pack contains 63 Studio Profiles as well as 59 of their Merged counterparts (Sometimes the merged profiles just don’t measure up or come out right). This pack is primarily for cranking up and rockin’. My main focus was getting good, thick rock tones that still retained the clarity and bite that cover everything from 70’s to 90’s rock, everything from bell bottoms to hair bands. This pack also includes 3 Performances as well for those wanting a quick plug’n’play experience. Two of the performances feature specific amps and the third is just a hodgepodge of cool rock tones, everything from clean to melt-your-face.
not rated $39.99 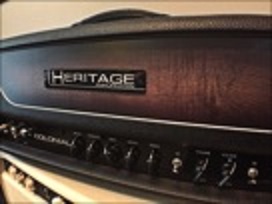 The Heritage Amp company sprang from the Heritage Guitar Company and was based in Brentwood, TN, just around the corner from where I live.  Paul Cochrane, the designer and builder of the Tim and Timmy pedals (one of my faves if you haven't already noticed) was the amp designer and builder at Heritage amps and came up with some incredible-sounding amps.  In an effort to put all of his favorite Marshall-type flavors into one amp, he came up with the Colonial.

With switches for changing the preamp section, tone stack, rectifier section, and a knob to change the negative feedback, he could accurately capture the sounds of a '59 Bassman, JTM45, Super Bass, and Plexi.  I really don't know what took me so long to get one of these amps other than they're not on every corner.  For the money, they are hands-down the best deal on the planet if you want amazing tone.

I've never been a huge fan of a Marshall clean sound but with the US/UK switches I was able to find amazing clean sounds that bridge the gap between American and British amps.  Once you get it cranking and setting the switches to the Plexi mode it gets an amazing, creamy, bouncy, smooth overdrive.  But this thing is LOUD.  It is the loudest 50 watts I've ever heard and it's nice to be able to "tame" it by getting it into my Kemper.  I included profiles using my trusty Timmy, Archer, and Red (Col. Angus) homemade od pedal as well as a few different cabs for some tonal variety.  This amp is fast becoming one of my all-time favorites.

Colonial Pack requires 3.3 firmware and while most profiles were made using my trusty 3rd Power cabinet, the new separation algorithms make it easier to get more great sounds by switching to your favorite cabs as well.  These clips were recording into ProTools 10 using a Propellerhead Balance interface with no plug-ins or processing using my red Tom Anderson Cobra with 3 P90s.  Check out the soundclips below and as usual please excuse the sloppy playing...

The Grab n Go Pack contains 92 studio profiles of 13 different amps, mostly small combos, but also a couple of small heads and even one slightly larger combo.  I profiled these amps to cover most types of gigs, ranging from country to jazz to classic rock.  There are lots of nice clean sounds if you want to use your Kemper as a pedal platform and there are some great lead tones in it as well. And for the first time this pack also includes some full performances as well.  If you’re not the kind of guy that likes to program and tweak, I am including 3 performances with fx already assigned that cover cleans to mid gain overdrives to lead tones.  Also, there are 3 "Broadway" performances with some common Nashville cover song preset rigs for inspiration or use them right out of the box. You can also read the background of the Grab n Go Pack HERE. There are some really great rigs in this pack. Check out the demo video to hear them below.
not rated $39.99 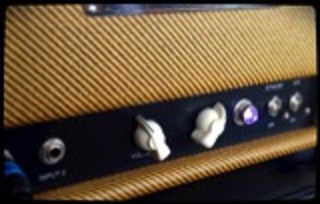 Profile Pack 2 is another wide-ranging collection of boutique and vintage amps, rounding out the M Britt Profile packages.  Seeing to recreate* more great clean sounds from sought-after boutique amps as well as some higher gain amps, and a variety of British-type EL84 amps.  It also includes some Dumble tones that compare to a real Overdrive Special along with an Overdrive Supreme and an Overtone Special.

Check out Sound Samples below to hear how the profiles sound.  These samples were recorded direct to ProTools 10 via a Propellerhead Balance interface with no eq, compression, or plug-ins of any kind and then stored in the Kemper as part of this pack.

Thanks to my kind gear buddies for help obtaining some of these sounds.  Scroll down for sound clips.