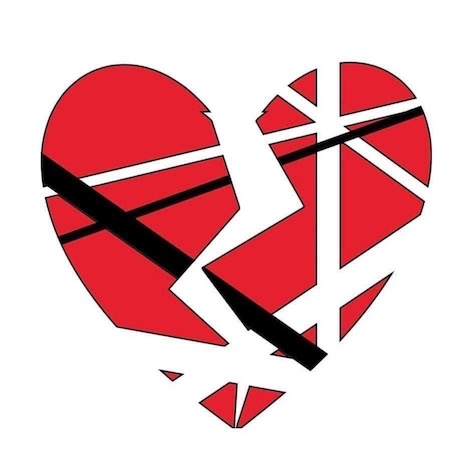 January 28, 1992. I was playing in a country band called Canyon and our bass player, Joey Click, was from Oklahoma and knew someone who knew Steve Ripley, I think it was a mutual accountant. Anyway, calls were made and somehow we got on the meet and greet list for Van Halen when they played Reunion Arena. Almost our whole band and crew went and we waited in a cramped room backstage, not even knowing what to expect. All of a sudden, commands were given and in walks my hero. It happened so fast and we snapped a picture and then they were gone. Of course the show was fantastic. I had seen them once before in the 80’s not long after Sammy had joined the band. I had also seen DLR on one of his first tours and then again I saw Van Halen about 5 years ago in Alabama on what would be one of their last tours. 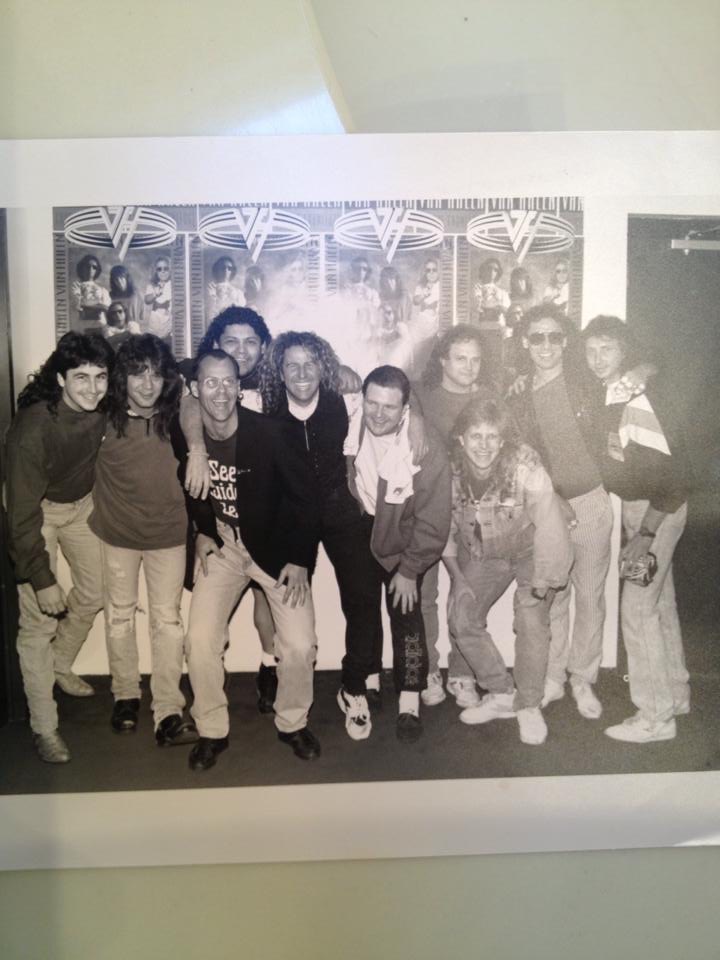 The impression hearing “You Really Got Me” and “Eruption” for the first time when I was about 12 years old was transformative. I “played” my tennis racket to KISS records before I ever got a guitar, but after hearing VH I had a new guitar hero. Of course I never really played like him but it was an aspiration and a feeling of awe every time I heard him. After that, players like Mark Knopfler and Stevie Ray Vaughan would become my other two main influences over the years. But Ed was always the king. He did things on guitar that seemed super-human. And even after players like Vai and Satriani came along and were able to take his technical acrobatics and expand them to the nth degree, Ed still had a joyful sound with more swing, swagger, and off-the-cuff virtuosity that sounded both out of control and perfectly in control at the same time. It was like a race car drive in control of a untamed beast, hurtling along at 200mph, changing lanes, with a driver grinning the whole time. 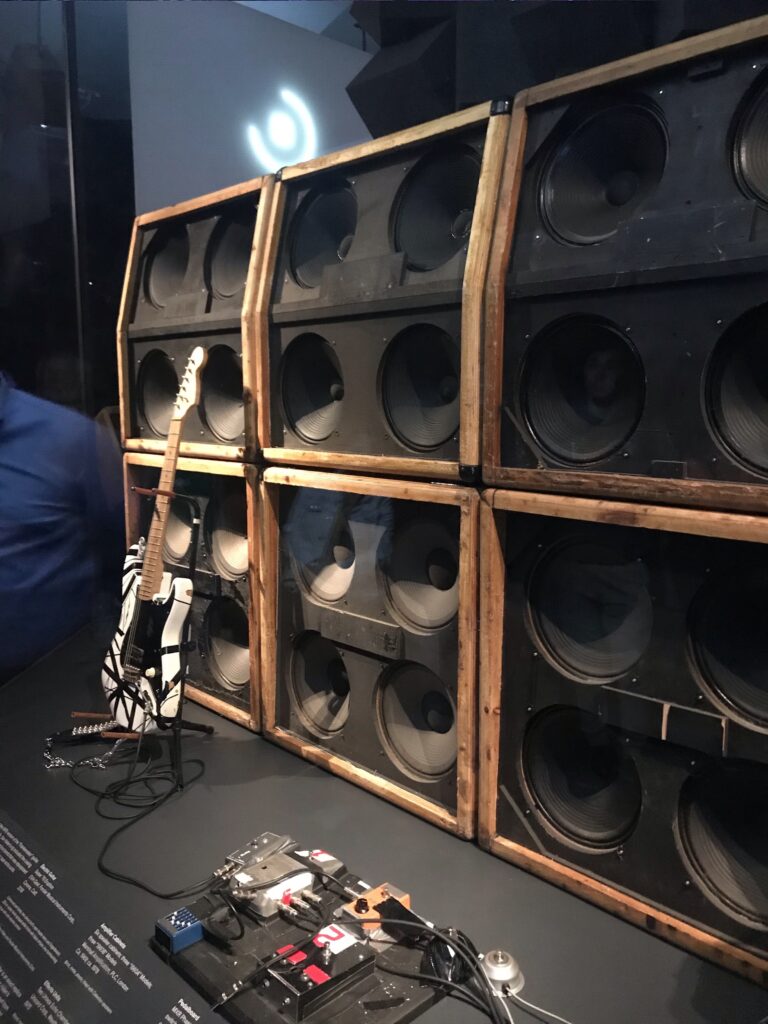 Eddie’s mark on the world (even beyond guitar players) is evident everywhere you look and with his passing it has been evident throughout all of social media as players and fans share their stories, pictures, and hearts in this sad time. He inspired me so much, and although I was able to admit early on that I would never be able to play like him, I still tried from time to time, failing miserably I’m sure. I don’t think I was able to copy his licks, but to this day I still feel there’s a little bit of the shuffly-swing that comes out that I can only attribute to him. 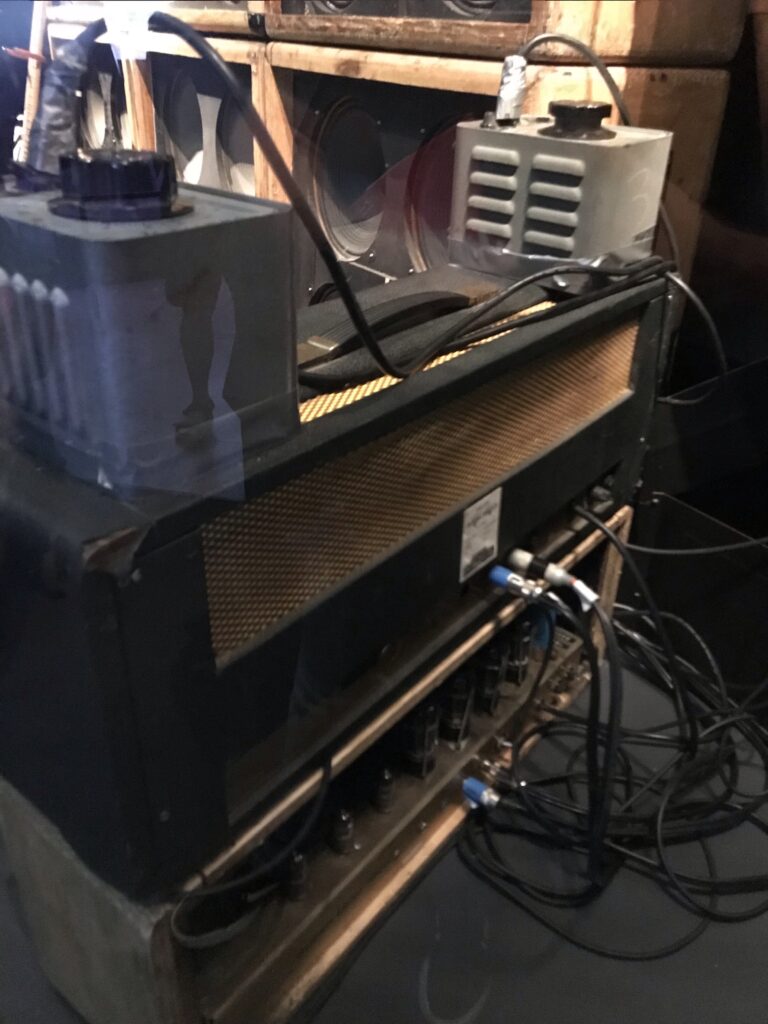 In the past week, I’ve listened to the Sirius/XM Van Halen Tribute channel almost nonstop and have renewed my love and appreciation for the man who set me upon my guitar journey. The tones on the early albums were so fresh at the time and I’ve always read tons about his rig and how it was arranged, and even saw it at the Metropolitan Museum of Art in NYC last fall. I was sitting in my office this week and thought, “I have a plexi now.” I didn’t bother breaking out my variac, but I have a Fryette Power Station that I could use similarly to how Ed ran his Marshall cranked then a line out to fx and then to his H&H power amps. The Power Station could kinda do that, so I experimented and just dimed everything on the Plexi and used the Power Station as a load box and power amp, like a master volume and bam! the tone was there. Plexis aren’t the most gainy of Marshall amps and I don’t have an echoplex to push the front but I got one of the Dunlop Echoplex preamps and tried that. I ended up being partial to the sound without the pedal and thought, I need to profile this. So I did, quickly, with just a 57.

I couldn’t believe how it turned out. I must’ve played on that profile nonstop for a day or two before sending it to some buddies to try it out to see if they felt the same way about it. The results came back positive and I am happy to report that this, to me, is the closest I’ve come to capturing the early VH brown sound in a Kemper profile. As a tribute to my hero and an inspiration to anyone who wants to continue his legacy, I’m attaching this profile below. I would love to hear other players using this profile and even sharing videos of them playing it (just tag “lonegtr” on IG or “mbrittprofiles” on FB). Let’s see if we can continue this outpouring of support and gratitude for the man who changed guitar and not let it slip quietly away among the cacophony of noise that’s out there.

So try out this rig and see what you can make with it! Thanks!

Here is my buddy Scott Van Zen playing through the profile… enjoy!