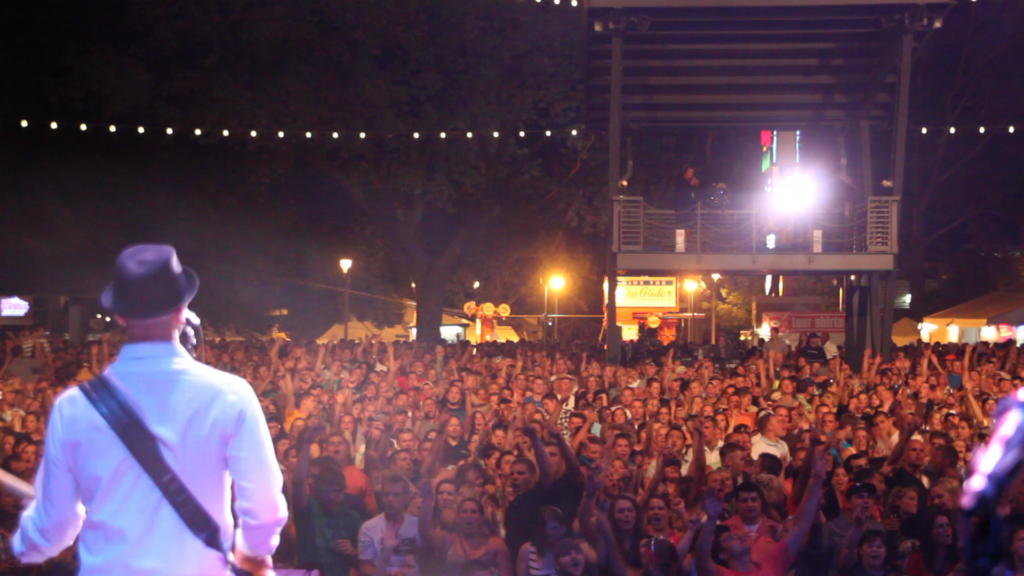 First of all, I have to say I am pretty excited to be a small part of this tremendous community, and for Michael Britt to have me dial in some tones to help your musical journey is both humbling and daunting at the same time. It’s daunting because we wanted you to have great tone, at the same time, I offer a small bit of advice: It’s just bass. Don’t overthink it. If something sounds great to you, it IS great. I’ll leave that there and let you all debate. Now on to how I arrived at that conclusion…

I was born in Virginia, and as I navigated from violin to saxophone to bass, I was lucky enough to be exposed to a lot of music via the public school programs and exceptional instructors. I fell in love with my first pawnshop bass at age 13 and haven’t looked back. My first ‘paying’ gig? I had a trio that played a pool party in junior HS and we were paid $100. We rented PA for $70 and split the remainder. Driving away with $10 in my pocket was one of the most satisfying days of my young life up until that point. It certainly wasn’t a lot of money, but we got paid to make music, and that was enough.

My college days found me in Hattiesburg, MS, at The University of Southern Mississippi playing in the jazz lab, again being exposed to a whole new batch of notes in a different order. To say I had my ass handed to me is an understatement; I was green as could be and had no idea what ‘it’ was all about (and then I figured out we’re ALL still searching for ‘it’…).

Not soon after I moved to Nashville to try and figure out this ‘real job’ thing everyone spoke of. The notion of playing music as my ‘job’ really never dawned on me. Nashville was Music City, but I only played a small amount in the 2 years I spent there, and after flirting with the suit and tie route, I decided once again to let music take control.

I ended up back in Hattiesburg, MS in a band put together by my college friends. The band was called King Konga and we stayed on the road 200+ days a year for 7 years. Every week we loaded up our trusty (or rusty?) 15-passenger van, pulled out our paper maps, and played as many places as we could. We ended up playing Woodstock ’99 and showcasing for every label in NYC, but nobody signed us, which left us exhausted. In hindsight, one more year of pushing would have been the ticket, but everything happens for a reason.

Nashville would call again, this time for ‘good’. I’ve been in Nashville for 16 years, diving head first into the music scene upon arrival; I tracked a major motion picture soundtrack the day I signed my apartment lease. I’ve been touring and recording with singer/songwriter Phil Vassar for the past 9 years, and that has taken me to some incredible places. Last year we did a Christmas tour with Lonestar, which is where I met Michael Britt, and we shall repeat the tour in the coming months. 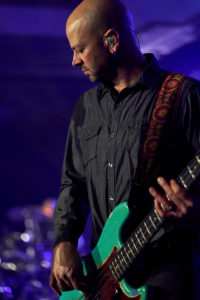 As we gear up for another Lonestar/Phil Vassar tour, I am excited that we put together a tone pack for bass, because now I get to have my favorite bass DI’s at my fingertips. I do have my absolute favorite bass pre in there (am I allowed to be biased?), and also have others for just about everything else I can think of. (Remember – soundchecks can be really fun jam sessions as well…)

So let’s geek out for a minute. I am happy that the world has finally given us bass players some love. For the longest time we were just given a Countryman DI, and your bass (whatever it was) was the tone. Acceptable, for sure, to a point. But now we’re in a much different age that allows us to sculpt and shape (even independent of the FOH or studio engineer), which means we play tones that we like, which then helps us play better, since we aren’t thinking about our tone.

With the DI’s in this pack, you can pair them up with everything from your active 5 bass to your hollowbody with flats, and run the gamut of what you’ll need anywhere, anytime. And some of the sounds have some bite or dirt on them, and that’s intentional, too, as a slightly gritty, mid-heavy bass signal cuts through the mix (and the grit sort of disappears once the hi-hat shows up since it sits in the same frequency).

I switch up basses a bit, depending on my mood and the gig, however, I seem to rotate between a few ‘favorites’. I go through my jazz and P phases, which are hard to beat, especially for the studio. Live I typically play a Yamaha BB (P/J), or one of two basses built by Virginia builder Chris Kohlman of Kohlman Bassworks. The tones in the profile pack each have their own vibe and voice, so hopefully you can find something that pairs with your basses. And the point is to have fun and experiment, right?

Remember the expression ‘It’s just bass’? Well, there’s a thought process that says to just have it sound good and not overthink the whole thing. The subtle underlying message in that, for me, at least, is there is a bigger picture out there. 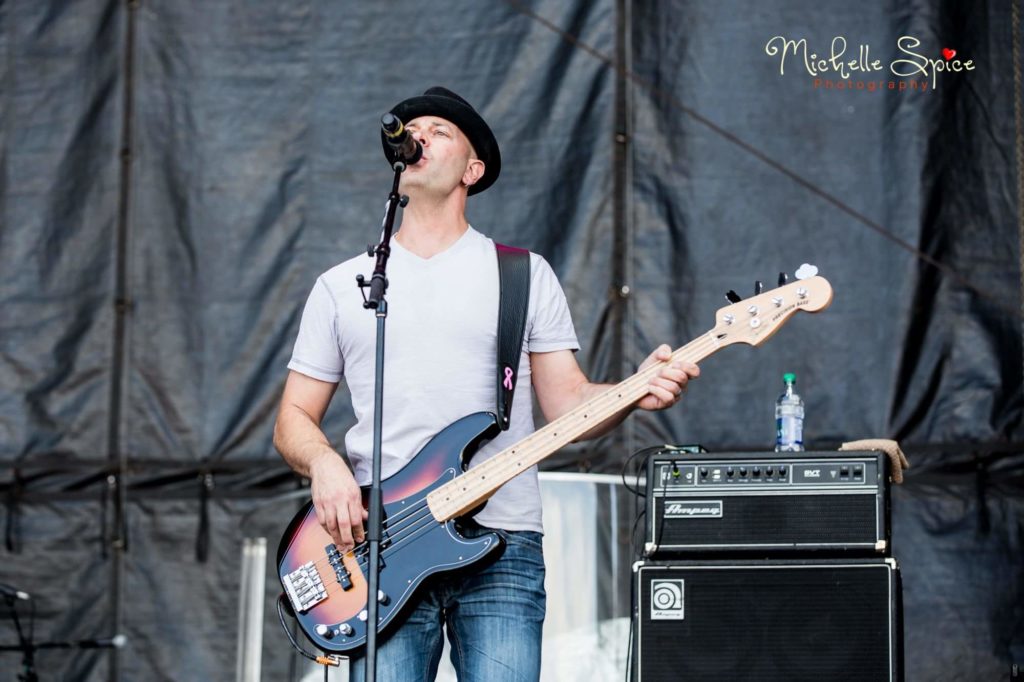 In putting down roots in Nashville, I started a family; marrying a wonderful woman, and now we have two amazing sons, Henry and Miles. Our second son Miles, was born with severe hearing loss, and after seemingly endless visits with hospitals and specialists, this past April, we had him implanted with cochlear implants.

To say Miles is amazing is an understatement. Since receiving his implants, he has started saying his first real words and can hear me, which is just a miracle in itself. My joy will be that one day he hears Daddy’s concerts as easily as his big brother. (On a side note – we do sign with Miles, and he knows dozens of signs in ASL. That part of our lives won’t change).

Miles attends the Mama Lere Hearing School at Vanderbilt in Nashville, a school dedicated to helping hearing-impaired children communicate verbally. The school is world renown and has a very high success rate, and we’re hoping that Miles attendance in this school will get him ‘caught up’. It’s a game of millimeters, for sure, however, we are optimistic that these very small daily victories will add up to one big mountain being climbed. One day I am hoping that Miles will be able to enjoy music as much as you and I.

The school also helps out children that can’t afford treatment or devices, and that’s where the very generous Michael Britt comes in. Every bass pack sold will benefit the Mama Lere Hearing School in Nashville. To say I am overwhelmed is an understatement. Not only does this profile pack help you, but you are helping a lot of kids possibly hear and communicate as well. A win for all? I think so.

And those basses made by Kohlman Bassworks? They are both vintage-inspired and sound amazing. The ‘big’ one the Nomad, which has a single coil Sheptone pickup called the ‘Miles’, and the second bass, which is a short-scale recording monster, is also called the Miles, with both companies honoring my son. I love the fact that my son has signature models before I do…

So thanks for being here (and reading all the way through). I sincerely hope you have fun with this bass pack, and I want to hear some different things you do with them. Have fun and be nice to each other. Thanks!

TAKE ME TO THE PROFILES 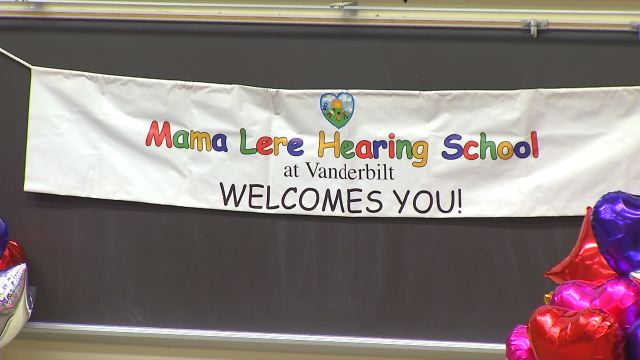