What do you get the guitar player who has everything? And by everything… I mean a Kemper. Because he/she already has access to thousands of free rigs on the Kemper Rig Exchange in addition to all of the free Kemper Rig Packs available and probably has some commercial profiles already. I know I have more profiles than I’ll ever need. But that doesn’t stop me from trying to “beat” some of my best ones, so I keep profiling and learning and getting new tools/toys to help me in my quest for the best guitar tone of my life.

Since I last posted here I have profiled lots more amps, not really thinking about trying to make a new pack, rather just stumbling upon amps that I wanted for my own arsenal. Around that same time I realized that when I’m playing around the house, checking guitars (I tend to work on my guitars a lot, changing pickups, etc.) and just plugging in to noodle, I usually just plug straight into a small combo. I like having reverb built in so that I don’t have to hook up a pedalboard. I have a lot of bigger amps, most of them too loud for my little office, so over the last couple of years I’ve been on the hunt for the perfect small combo to keep at home. I’ve gone through quite a few of them in that time. I had the 65 DRRI for a while and it was ok, but I preferred the normal channel tone-wise but it didn’t have reverb. I swapped that for a 68 Custom Deluxe RI and it worked for a while. I had my 3P Extra Spanky and it was nice too but wanted something that sounded bigger than it was. I’m super picky and probably too critical of my own tone. There. I said it. There are days when I think nothing I have sounds good. I’m not sure if it’s ear fatigue or if I just spend too many hours critically listening to guitar tone that my ears pick out everything that annoys me.

So, these two things were happening at once. I was looking for a small combo and I was just kinda profiling and collecting stuff to use in our live shows and stuff. About a month and a half ago I started trying to figure out what to do with all of these new profiles because some of them were just too good not to share, and the idea that came out was The Grab n Go Pack. Although I use the Kemper for all of my live gigs, I go see bands around Nashville and have my little dreams of playing in a little cover band around town for fun. Sometimes, when you have only minutes to set up, the grab n go combo amp looks really appealing in its finite simplicity. So I thought it might be fun to just compile a bunch of profiles of mostly-smaller combo amps (and a couple small heads) for those players who are accustomed to just grabbing a small pedalboard and a small amp.

Thus The Grab n Go Pack was born. I think the amp profiles that really cemented the pack for me is “Stinky.” Stinky is my nickname for a Fender Princeton Recording Amp that I picked up in a local store a few months ago. I’ve always liked Princetons and am always on the lookout for a good one. The Princeton Recording amp was only made for a few years and has some features that you won’t find in most other Princetons. At its core, it’s just a blackface Princeton circuit, although pc-board construction for cost. But it also has a built-in attenuator, compressor, and overdrive circuits. While those are kinda cool for my home office playing, they weren’t that valuable in the profiling process. But lo and behold, Stinky was a world-class champion at profiling. The cleans sounded just as you’d expect a Princeton to sound and the tone was so even that I think it ranks right up there with my all time favorite clean tones and I’ve been incorporating them into our live show for the past month or so. 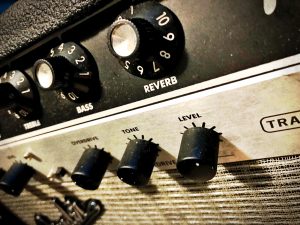 The real surprise (although it really shouldn’t be) is how well Stinky took gain pedals. Every pedal I threw at him sounded fantastic, not too boomy, not too bright, not too harsh, etc. He was the mama bear of small combos. They turned out so well that profiles of my homemade Nobels clone-boosted Stinky have replaced one of my Marshall tones in my big rock ballad solo in our live show. Who woulda thunk little Stinky had it in him? It just goes to show that there is always more to learn.

So with Stinky as the anchor of my new Grab n Go pack, I started filling in with some other amps that one would expect to grab and run out the door to a local gig: Fender Blues Deluxe, Peavey Classic 30, and 68 Deluxe Reverb. Then I started upping the ante with some boutique entries into the small amp rodeo: Carr Lincoln, Dr Z Maz 18 Jr, Matchless Spitfire, Red Plate Tweedy Verb, and ÷13 EDT. The TownCar (Lincoln of course) was a big surprise. Based on a vintage Vox AC10, it covers a lot of ground and the gain channel is super fun. The ÷13 EDT has a great blend of American amp tones with the high end chime of a HiWatt or early JTM45. The Spitfire profiles are spooky in their dynamic realism. I don’t know how anyone can play on the Spitfire profiles and believe that it’s some sort of digital recreation. I am still finding new favorites as I go along trying them out in place of my tried-and-true rigs in our live show.

Granted, these amps probably aren’t for all types of music, especially metal or really high gain stuff, but for everything from great pedal-platform clean tones to classic rock, there’s something in here that should cover most any gig.

So, speaking of gigs. Since I began making profiles, the Kemper has added a ton of features. When I began with my Kemper, there was no Remote, therefore the Performance mode didn’t make a lot of sense to me. After the Remote came out, it made perfect sense. And there was no Morphing back then. So, as I’ve incorporated all of these new aspects of the Kemper technology, I’ve finally decided to include those into this new pack. What does that mean?

It means I’m making sure that Remote pedal button assignments are already programmed for ease of use. You can always add your own effects but I include my stock “pedalboard” of basic stomps and fx. I’m also including a few of banks of Performance slots for an even easier plug-n-play experience. Based on lots of reading and conversations with folks about how they use their performance slots, I’ve created some basic, extremely usable performance slots to cover a gig as well as some song-specific presets to either use or to use as guides on how to program some fx. Most of these rigs also utilize the morph function on the Remote for solo boosts, etc. It’s basically catching up to how I’ve been using my Remote and Performances live over the past year or two. I know that tone is subjective and everyone has their own way of tweaking rigs, but I just thought I’d share my personal taste in how I lay things out in case it helps anyone else.

The new Grab n Go Pack has over 90 individual amp profiles of 13 different amps, 3 banks of Plug-n-Play Performance Slots and 3 banks of song-specific Performance Slots, covering everything from Country to Classic Rock, with a nod to my hometown of Nashville’s live music home, Broadway. I know it’s hard to justify spending money on more rigs when you already have thousands at your fingertips but there is hopefully something for everyone in this pack. Buy it for Stinky if nothing else. Or the Spitfire. Or the EDT. And I didn’t even mention the 100w Super Sonic Twin.

Thanks for reading and thanks for the support!